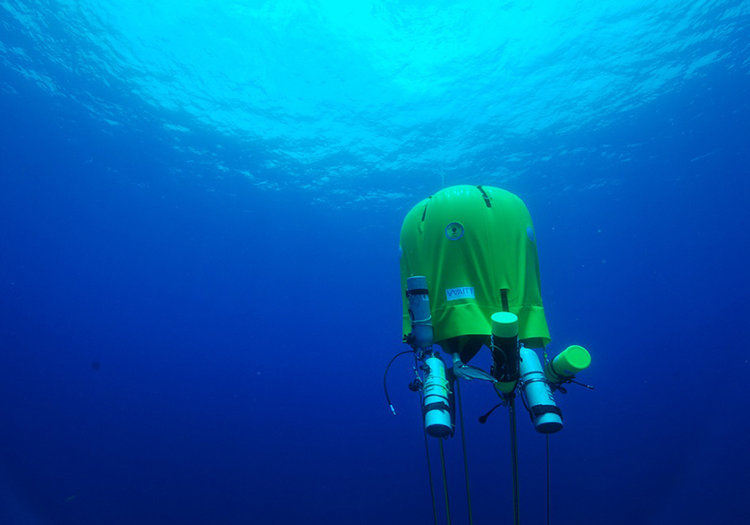 Divers are one step closer to being able to camp underwater, thanks to an underwater habitat developed by NYU Meyers Prof. Winslow Burleson and diving pioneer and explorer Michael Lombardi.

The habitat provides a portable deep-sea space for divers, similar to a basecamp for mountaineers. The tent-like structure and its dedicated life support system, which creates a breathable environment, was awarded a patent in late December.

Advances in technology have enabled divers to explore deeper and stay there longer. However, these excursions require divers to undergo decompression—the process of allowing absorbed gasses to be released from the body’s tissues at a slow rate—in order to prevent decompression sickness. Long decompression stops before an ascent can leave divers cold, tired, dehydrated, and exposed to the elements.

"There are a number of health and safety challenges to deep and long duration diving. In water, people can loose heat much faster than in air and moving through water requires much more energy. The air divers breath is very dry, which can lead to dehydration. On deeper and longer dives, the pressure experienced by divers requires extended decompression stops, to avoid decompression sickness," said Burleson, an associate professor at NYU Meyers and director of the NYU-X Lab.

Enter Burleson and Lombardi’s underwater habitat, which provides a portable respite for divers for decompression and other activities. Divers can enter the tent-like structure, remove their equipment (including mouthpiece and breathing apparatus, since they’re entering a breathable environment), and then engage in a variety of tasks from eating to examining specimens they’ve collected to napping or relaxing.

While the concept of underwater living is not new, underwater habitats are quite rare—only one permanent undersea habitat dedicated for science exists today (a laboratory run by Florida International University). A unique feature of Burleson and Lombardi’s underwater habitat is its portability: the habitat and its anchoring system is portable enough for divers to travel with it in their checked luggage.

The other significant advance is the habitat’s modular life support system, which has a replenishable source of oxygen, a scrubber, and a fan to remove carbon dioxide from the environment, continuously cleaning the air in the tent. This unique ability to control the atmospheric composition creates a safe and breathable environment for divers.

The research team successfully deployed the habitat during a test dive off the coast of Rhode Island in October, conducting the first-ever field deployment of the patented life support system. They will continue to conduct a series of test dives this spring, and will begin to spend longer periods of time underwater, up to 8-12 hours, and possibly overnight, within the next six months.

Read more about the underwater habitat in National Geographic.