Rutgers Institute for Health, Health Care Policy and Aging Research, in close collaboration with New York University, has received $11.6 million in funding from the National Institute on Minority Health and Health Disparities to develop the Rutgers-NYU Center for Asian Health 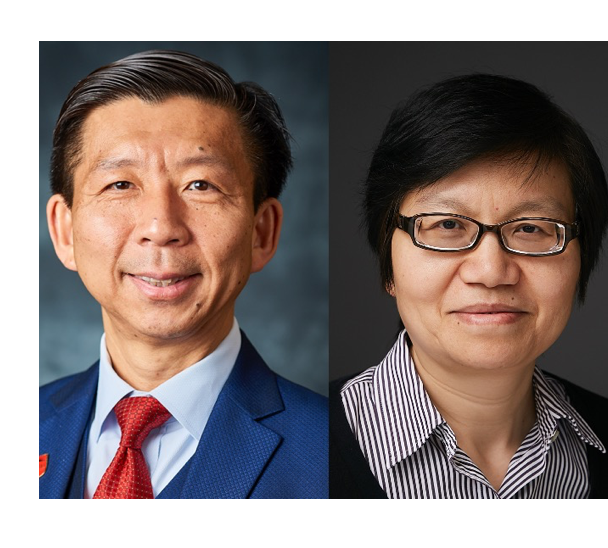 Promotion and Equity (CAHPE). The center will serve as a regional hub for researchers to conduct studies on cardiometabolic disease and mental health issues in Asians throughout the New Jersey-New York area.

The Rutgers-NYU Center for Asian Health Promotion and Equity will have the following aims:

XinQi Dong, director of the Rutgers Institute for Health, Health Care Policy and Aging Research and the inaugural Henry Rutgers Distinguished Professor of Population Health Sciences, and Bei Wu, inaugural co-director of the Aging Incubator at New York University, Dean’s Professor in Global Health, and Director of Global Health and Aging Research at NYU Rory Meyers College of Nursing, will serve as principal investigators for the new center.

“Building on two decades of health equity research in minority populations, we have leveraged strong partnerships across multiple academic and community institutions to build a center designed to foster the next generation of diverse researchers focused on cardiometabolic and mental health outcomes in US Asians,” said Dong.

Asians are the fastest growing yet most understudied US minority group at 23 million people, having grown 26 percent from 2010-2019. Yet less than one percent of research funding from the National Institutes for Health in the last 10 years was focused on US Asian populations. Currently, there are significant disparities in the Asian community’s relationship to heart health and mental health. The Rutgers-NYU Center for Asian Health Promotion and Equity intends to focus on cardiometabolic disease and mental health research to inform both practice and policy at community, regional, and national levels.

Health disparities in the Asian community are perpetuated by the “Asian Paradox.” US Asians are, on average, the highest income earners and the most highly educated, but more older Asian adults live below the poverty line, are less likely to participate in biomedical research, and suffer disproportional health disparities compared to white Americans.

“These health inequities are further complicated by the heterogeneity of these immigrant populations, especially with respect to culture, religion, language, sexual identity, and trauma exposure, many of which challenge our assumptions about the ‘model minority’ stereotype around Asian-Americans,” explains Wu.

The $11.6 million in funding from the National Institute on Minority Health and Health Disparities, part of the National Institutes of Health (NIH), is a five-year clinical research center grant (P50MD017356-01). This is the first P50 grant awarded to Rutgers Biomedical and Health Sciences and to the NYU Rory Meyers College of Nursing. The purpose of the NIH funding opportunity is to support regional comprehensive centers on the prevention, treatment, and management of chronic diseases associated with health disparities.

“Thanks to this NIH funding, the center will generate knowledge to address troubling gaps in research on Asian health and reduce health disparities in this population. We are pleased to be working with Rutgers and leveraging NYU Meyers’ deep expertise in health equity and chronic diseases in this endeavor,” said Eileen Sullivan-Marx, dean and Erline Perkins McGriff professor at NYU Rory Meyers College of Nursing.

“The Rutgers-NYU Center for Asian Health Promotion and Equity will bring much-needed focus, coordination, and resources to research focusing on Asian health issues,” said Brian L. Strom, chancellor of Rutgers Biomedical and Health Sciences. “As a leading academic health center in one of the country’s most diverse and populous regions, Rutgers boasts clinicians and scientists who have exceptional experience in improving health outcomes among underserved populations. We are excited to apply our expertise, in collaboration with NYU, in advancing this important work.”

One of the interdisciplinary projects that will be funded through the new center will focus on supporting Chinese and Korean dementia caregivers, who are at increased risk for high blood pressure and diabetes due to the physical and emotional demands of caregiving. The project, led by Wu and NYU Grossman School of Medicine’s Mary Mittelman, will test a culturally tailored version of the NYU Caregiver Intervention plus peer support through online chat groups using WeChat and KakaoTalk (popular social media apps among Chinese and Koreans, respectively). The randomized control trial will determine if the intervention improves psychosocial factors and cardiometabolic health in this population.