Prof. Caroline Dorsen explores the underground use of hallucinogenic drugs 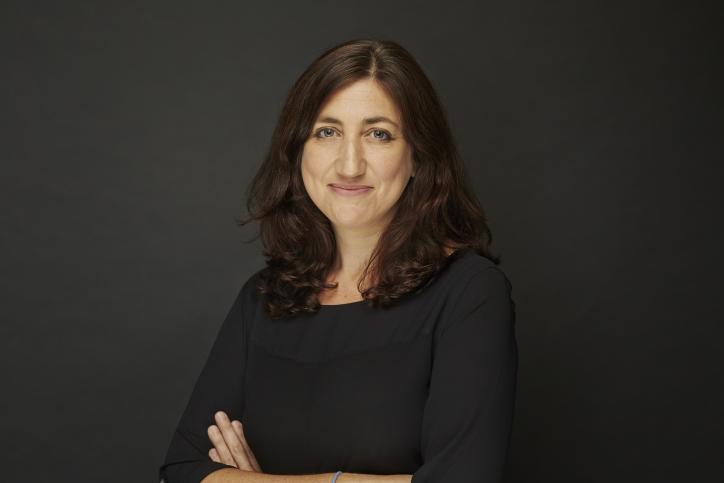 Hallucinogenic drugs are having a moment. A series of recent studies suggests that psychedelics may be useful for alleviating depression and anxiety, PTSD, and addiction. A 2017 book by Ayelet Waldman chronicled her experience microdosing (or taking a very small amount) of LSD to treat her mood disorder. More recently, Michael Pollan’s new book on the science of psychedelics—in which he personally tries LSD and psilocybin, the active ingredient in magic mushrooms, in guided sessions—has enjoyed four weeks on the New York Times best-sellers list since its release last month.

This renewed interest in the clinical use of hallucinogens is no surprise to drug researchers, given the long and complex history of psychedelics. Plant-based hallucinogens have been used in ceremonies around the world for centuries. During the 1950s and 1960s, there was considerable interest in the potential for psychedelics to treat mental illness and substance use—in fact, researchers published more than 1,000 scientific papers during this period showing the promise of certain drugs. But with the late ’60s and early ’70s came a political and social backlash against all drugs, which abruptly halted research on psychedelics in the United States.

The resurgence of interest in psychedelics among medical researchers in the past decade has led to new findings and ongoing clinical trials using LSD, psilocybin, MDMA, and other drugs. But while this research is taking place in clinical settings, an underground—and understudied—community of people is helping others to use plant-based hallucinogenic drugs. In guided sessions or ceremonies, facilitators administer drugs like ayahuasca or psilocybin to people looking to alter their consciousness and improve their mental health.

Little research exists on how hallucinogens are being used in this underground world—which piqued the interest of Caroline Dorsen, assistant professor at the NYU Rory Meyers College of Nursing and a researcher with the Center for Drug Use and HIV/HCV Research. In a recent study, published in the journal Addiction Research & Theory, Dorsen and her colleagues interviewed 15 individuals who have facilitated plant medicine ceremonies for thousands of people.

In plant medicine ceremonies, facilitators are responsible for ensuring the physical and emotional safety of all participants. They create a safe physical environment, help participants think about their intention or goal for the ceremony, assist during the ceremony as needed, and help participants integrate the lessons learned during the psychedelic experience into their everyday lives. Researchers do all of these things in the clinical research environment, although as they are collecting data on the risks and benefits of these medicines, they closely follow a standardized protocol to ensure study rigor.

Your research finds that these facilitators see plant medicine as different from recreational drug use. Can you explain?

In my study, plant medicine facilitators conceptualized plant medicine use as almost the polar opposite of drug use, even though there is some overlap of substances ingested. Facilitators described the purpose of drug use as “checking out” or having fun to “numb the pain” of life and its small and large traumas. In contrast, plant medicine use is all about facing life’s difficulties in a safe and supportive environment. Used in the context of community and ritual, ingestion of plant medicines (like ayahuasca and psilocybin mushrooms) is seen as a powerful healing modality. Ingestion of these plants is taken very seriously and the ability to use them is seen as a privilege.

How do plant medicine facilitators see hallucinogens as a possible treatment for addictions?

We are clearly in the midst of a global epidemic of addiction for which existing treatments have not been as successful as we would like. Early clinical evidence suggests that plant medicines such as ayahuasca, psilocybin, and iboga may be effective treatments for many kinds of addiction, from tobacco to alcohol to opioids.

Anecdotal evidence from underground psychedelic use supports these findings but to date we have little scientific data. I spoke to many people in the course of this study who had struggled with addiction and been unable to maintain recovery using traditional methods like AA. Some of them were finally able to stop using drugs or alcohol after participating in this work because they no longer felt that they needed to run away from the issues that were feeding their drug and alcohol use. This was a very small study, however, and I am looking forward to seeing the results of larger studies looking at the use of plant medicines in addiction.

There is still a lot of stigma around drug use in our country. Do you think this is changing, especially related to psychedelic drugs?

There is still quite a bit of stigma around all kinds of drug use in this country, but there appears to be rising curiosity around the possible medical use of previously villainized drugs, from cannabis to LSD.

As a healthcare provider myself—I’m a nurse practitioner—I see a lot of people really suffering with depression, anxiety, and addiction. If a potential treatment for these complicated, hard-to-treat problems is sitting right in front of us in the form of plant medicines, I certainly hope that stigma and false information do not stand in the way of doing rigorous studies to evaluate their potential efficacy and safety.

Where does the research go from here? What questions do you hope to answer?

Although people have literally been using these plants for thousands of years, research on the use of psychedelics as a treatment is in its infancy. I’m so excited by the findings of the clinical research happening in studies around the globe, including research by my colleagues at NYU Langone. As these studies get more attention, and books such as Pollan’s and Waldman’s are on the best-seller list, more and more people may be exploring psychedelics to facilitate healing. As a researcher and clinician, I want to know everything about these people—who they are, what they see as the potential risks and benefits of these plants, and what kind of impact plant medicine use has on participants’ lives.