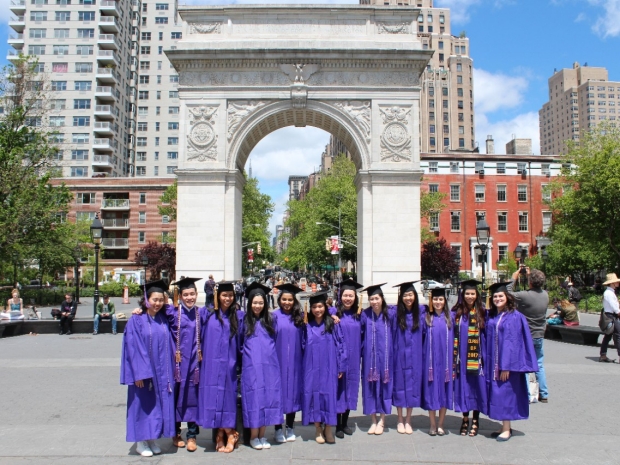 The proportion of front-line nurses with bachelor’s degrees in U.S. hospitals increased from 44 percent in 2004 to 57 percent in 2013, but will fall short of a national goal to reach 80 percent by 2020, finds a new study by NYU Rory Meyers College of Nursing.

The study, published in the Journal of Nursing Scholarship, examines the educational trends of the country’s largest health care workforce using data at the nursing-unit level from a national database.

To meet the United States’ increasing and complex health care needs, such as the aging of the baby boomers and the expansion of health insurance coverage, nurses are playing a growing role in improving quality of care and patient outcomes.

“A competent nursing workforce is critical,” said Chenjuan Ma, PhD, an assistant professor at NYU Meyers and the study’s author. “One strategy for preparing this workforce is to advance nurse education, particularly by increasing the number of nurses with at least a bachelor’s degree.”

Growing evidence has demonstrated that more education for nurses is associated with better quality of care and patient outcomes. In fact, several studies have shown a link between a higher proportion of hospital nurses with a bachelor’s degree in nursing (BSN) and lower patient mortality rates.

Based on this evidence, the Institute of Medicine recommended in its 2010 milestone report, “The Future of Nursing: Leading Change, Advancing Health,” that 80 percent of nurses should have at least a BSN by 2020. This report drew nationwide attention and resulted in many initiatives to improve nursing education.

Looking at 2,126 nursing units from 377 acute care hospitals in the United States, Ma and her colleagues found a 30-percent increase in the proportion of nurses holding at least a BSN, from 44 percent in 2004 to 57 percent in 2013.

While the growth began several years before the 2010 Institute of Medicine report, the increase accelerated from 2010 on. On average, the proportion of nurses with a bachelor’s degree in a unit increased by 1.3 percent annually before 2010 and by 1.9 percent each year from 2010 on. The percentage of units having at least 80 percent of nurses with a bachelor’s degree increased from 3 percent in 2009 to 7 percent in 2013.

Based on the current trends, the researchers projected the future growth in BSN nurses and concluded that it is unlikely that the goal of 80 percent of nurses having a bachelor’s degree will be achieved by 2020. They expect that 64 percent of hospital-based nurses will have a bachelor’s degree by 2020; the 80-percent goal will likely be reached in 2029. However, nurses on critical care units are projected to reach this 80 percent goal first, by 2025.

“The U.S. nursing workforce is undergoing an educational transformation in order to meet our increasing health care needs,” said Ma. “To help accelerate this transformation, further advocacy, commitment, and investment are needed from all health care stakeholders in order to advance nursing education and in turn improve quality of care and patient outcomes.”

Policy changes present one pathway for accelerating nursing education. For instance, policymakers could consider requiring all nurses to obtain bachelor’s degrees for professional nursing practice regardless of their initial nursing degree. An example of this can be seen in New York, where NY State Senate Bill S6768 – also known as BS in 10 – would require nurses in the state to attain a bachelor’s degree in nursing within 10 years of initial licensure.

Ma and her colleagues also suggest that hospital administrators invest in hiring nurses with bachelor’s degrees and support those without bachelor’s degrees in attaining them, including providing tuition benefits and flexibility in scheduling.

In addition to Ma, study authors include Lili Garrard, PhD, a former data analyst at NDNQI and Jianghua He, PhD, of the University of Kansas Medical Center.

About NYU Rory Meyers College of Nursing
NYU Rory Meyers College of Nursing is a global leader in nursing education, research, and practice. It offers a bachelor of science with a major in nursing, a master of science, post-master’s certificate programs, a doctor of nursing practice degree, and a doctor of philosophy in research theory and development.