“Sick children, if not too shy to speak, will always express this wish. They invariably prefer a story to be told to them, rather than read to them. — Florence Nightingale

The revitalized focus on the patients’ perspective in healthcare provides an added impetus for the contemplation of the patient experience. Nursing Humanities aims to provide a qualitatively robust approach to enhance patient-centered care competencies of future nurses through dynamic programming that purposefully synthesizes the art and science of nursing, humanities, narrative medicine, and interprofessional education

The program is designed to enrich the education of nursing students through the application and cultivation of aesthetic patterns of knowing. In addition to evidence-based practice, aesthetic knowing has been recognized for many decades as a valid and indispensable component in the development of ethical comportment of nurses and the ontological evolution of the nursing profession. However, in a 2010 report on the state of the science of nursing education, Benner and colleagues reported that nursing programs are deemed not generally effective in engaging the students in pedagogical strategies that integrate social sciences and the humanities.

The discovery of the nature of mankind, caring, health and illness, and interprofessional collaboration is supported by programming including:

Our events headline the most important events related to Nursing and the Humanities.

September 20, 2019 – Student outing to the see play Novenas for a Lost Hospital. Novenas for a Lost Hospital is a communal experience to remember, honor, re-imagine and celebrate St Vincent’s Hospital. Inspired by the caretakers and patients of St. Vincent's Hospital, and guided by Saint Elizabeth Ann Seton, this unique event takes a 60-person audience on a journey from an enclosed garden to Rattlestick’s intimate West Village theater to the NYC AIDS Memorial Park.

July 25, 2019 – Screening of the documentary film 5B. At the heart of the HIV/AIDs crisis and widespread hysteria, a single number and letter designated a ward on the fifth floor of San Francisco General Hospital, the first in the country designed specifically to deal with AIDS patients. The unit's nurses' emphasis on humanity and consideration of holistic well-being was a small miracle amid a devastating crisis and the ensuing panic about risk and infection.

May 7, 2019 – The meaning of Caring. In celebration of Nurse's week, NYU Meyers collaborated with Rattlestick Playwrights Theater and GVSHP Village Preservation to discuss the intersection of nursing and the arts.

November 26, 2019 – Film screening of A Year in Transition follows a 21-year-old Arab-American transgender man in his first year of transition as he comes out, begins taking hormones, has top surgery, and finds his own place in the trans community.

November 1, 2018 – Screening of the film Defining Hope is a 56-minute documentary that weaves the stories of patients with a life-threatening illness and the nurses who guide them as they make choices about how they want to live, how much medical technology they can accept, what they hope for and how that hope evolves.

October 25, 2018 – A walking tour of the history of Washington Square Park and Greenwich Village.

July 8, 2019 – A guided tour of the Cloisters Museum. A retired nurse who explained the fabled tapestries of the cloister and the medieval medicinal garden guided students and faculty.

April 20, 2017 – A student outing to see the Broadway musical Miss Saigon. It is based on Giacomo Puccini's opera Madame Butterfly, and similarly tells the tragic tale of a doomed romance involving an Asian woman abandoned by her American lover. The setting of the plot is relocated to 1970s Saigon during the Vietnam War.

April 12, 2017 – Book discussion on First One In, Last One Out. Participants met author Marilyn Shimon as she shared the experiences of her great uncle who was one of the first Jews to enter Auschwitz and the last to leave, having survived almost six years of terror under the Third Reich.

March 21, 2017 – On an outing to see the opera Turandot at the Metropolitan Opera House. Turandot is a large-scale opera set in Beijing. It features a powerful chorus, incorporating Chinese melodies, and the solution of three riddles.

December 3, 2016 – On an outing to see the opera La Boheme at the Metropolitan Opera House. Three casts of captivating artists bring Puccini’s classic tragedy of bohemian friends and lovers to life in Franco Zeffirelli’s immortal staging.

November 5, 2016 – Health and Illness in the Arts: Highlights of the Met Museum Collection. This guided tour focused on the museum’s collection that relates to nursing and medicine.

October 31, 2016 - Faculty attended a Workshop on Narrative Medicine and how to integrate it into the nursing curriculum. The session was facilitated by Rebekah Ruppe who is a faculty at the Narrative Medicine Department of Columbia University. 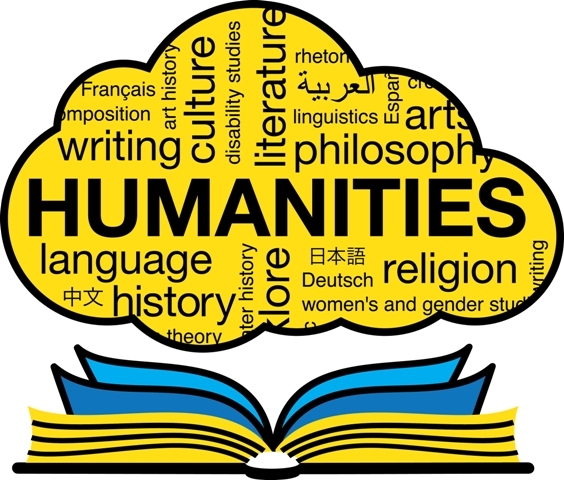 The integration of the humanities increases the abilities for nurses to see the patient holistically, enhances understanding about self, increases sensitivity to the voices of others and facilitates alternate ways of learning (Smith et al., 2004). Nursing, after all, is not philosophy, history, art, or literature; it is not a social science. However, these humanities are included in nursing at all of its levels and manifestations (Drummond, 2003).

— Pat Schneider (1996) from the book 'The Writer as an Artist: A New Approach to Writing Alone and With Others.' 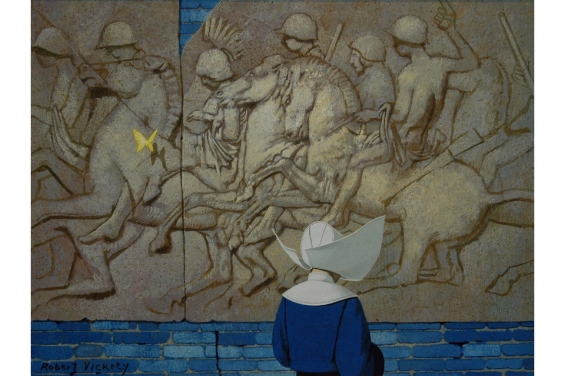 “Photography, a form of visual art, has been used to enhance personal knowing by inspiring introspective discussions surrounding nursing care. 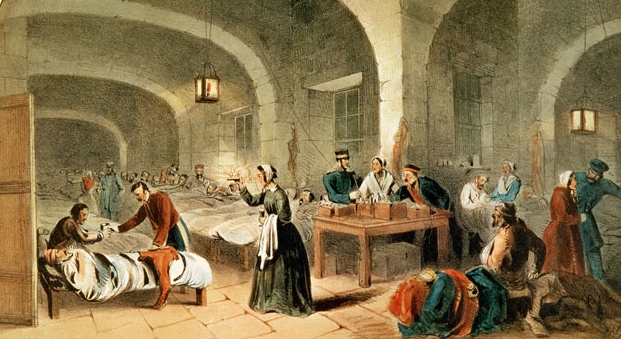 Music is important to nursing care and the studying of Nursing in more aspects than just a means of Music Therapy (Dellasega et al., 2007). Throughout history, music has been used for the art of care for its therapeutic purposes in order to relieve anxiety and pain and to positively effect an individual's physical, psychological, cognitive and social functioning (Onieva-Zafra et al., 2013). Music, along with the other branches of humanities, provides a foundation and humanistic understanding (Dellasega et al., 2007). 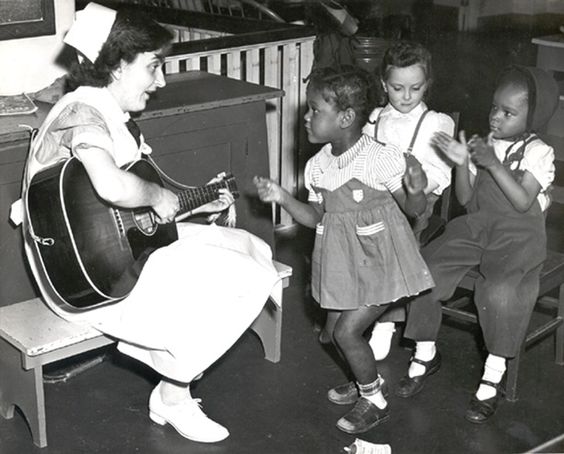 “Nursing must always return to its basic principles, that of the human condition (humanitus). 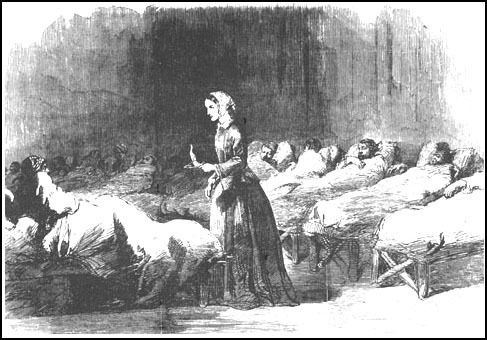 Religion allows nurses to bring a variety of critical and interpretive approaches to bear on their relationships to important healthcare issues and nursing care (Darbyshire, 1993). 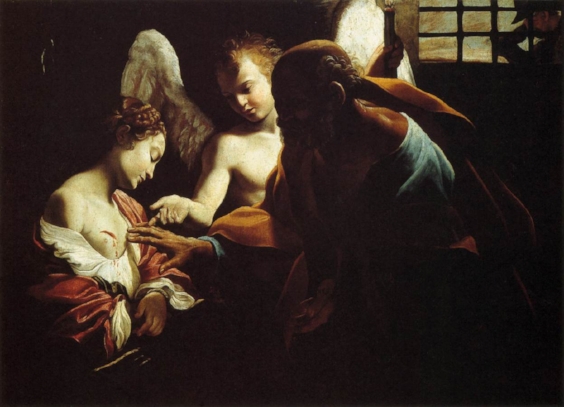 “The Humanities, the branches of knowledge that address the state or quality of being human and living authentically, have been called the language of the soul. 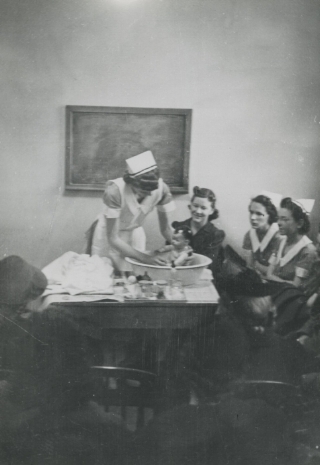 Our aim is to provide high-quality, inquiry-based educational programming in humanities. We enhance synthesis of qualitatively robust approaches to developing patient-centered care competencies of nurses who will value reflection, creativity, and discovery.

Fidel Lim has worked as a critical care nurse for 18 years and concurrently, since 1996, has been a faculty member at New York University Rory Meyers College of Nursing. As the faculty advisor to various student groups (Undergraduate Nursing Student Organization, Asian Pacific-Islander Nursing Students Association, Men Entering Nursing, and the LGBT group) he has, among other things, fostered salience in nursing education through high-quality extra-curricular programming. His work as a Nurse Educator in a Magnet-designated hospital provides sustainable staff-focused educational support. He is particularly interested in bridging gaps in nurse engagement and practice excellence. Prof. Lim has published articles on an array of topics ranging from clinical practice, nursing education issues, LGBT health disparities, reflective practice, men in nursing, and Florence Nightingale among others.